When I was in the music business, often there would come a time, especially playing with great musicians, that something magical would happen, something, that if you named it, could vanish in an instant. You would watch it, feel it, know it was there, but, somehow, you knew not to acknowledge it, because the moment you did, you would spook it and it would be gone.

Many creators have this experience. And for a long time I thought it was evoked by the creative moment, that it was the luck of the muse, that it was from the act of making music together, the interaction, the way a great musician can blow the minds of the other musicians, who then reciprocate by exploding into new and greater heights.

Now, after all these years, I’ve come to a different conclusion than the one I had as a musician. The spirit of the creative process can come at any time, all the time, in fact. It does not have to be evoked, nor does it have to feel like magic. Rather, it is sensed as doing something real, something authentic, something fantastic yet ordinary at once.

Because there is such a dramatic power in the act of spontaneous improvisation, it was easy for me to think that playing music induced the spirit, since you need to be focused at every moment to play. That alone generates electricity. And then, when the musicians are playing something you’ve never heard before, could never even imagine before they played it, well, it can have that energy that is not unlike being around the birth of a child. Something new has entered the world.

And you might think, how do I know if the spirit is there if it can be expressed in so many ways? By contrast. When it is not there, you feel like you’re going through the motions, but without involvement, without connection, without care. Perhaps another way to say this is without love.

This does not mean you always love the process. Much of the time, discipline involves doing things we might not like doing. Some people think that discipline is forcing yourself into doing these things. Willpower, manipulation, and intimidating yourself into ‘good behavior’ never work for very long. They are not sustainable. You can’t build an orientation of true discipline that way. Yet, the advice many give us is to do just that.

Generative love evokes the spirit of the creative process, the human spirit at its best, and maybe even more than that. Sometimes it’s hard to describe. One thing that’ll kill it is when you forget or lose touch with your desire to see the creation exist.

You can’t invest your life spirit in a compromise. And it is not a compromise to make the secondary choices you may have to make to support your creative process, even when you hate taking the necessary action steps. It is not a compromise to do the hard work, learn what you need to learn, develop the skills you may need but don’t have yet. It may not always be fun, but the spirit will still be there throughout the process. Easy or difficult, fun or a pain, throughout the good, the bad, and the ugly, that experience of connection, involvement, of being true to yourself and true to your creation will permeate everything you are doing.

What is going on? It is you, being a creator, which, by that fact alone, evokes the type of spirit I’m talking about no matter what the circumstances you are in.

In the 19th century, artists commonly talked about “tricking the muse,” which was their way of trying to explain why sometimes they would be better than other times. In the 20th century, with people like Constantin Stanislavski and Lee Strasberg, the creative process changed from something you had to trick to something that was consistent and reliable, something that would never fail you. When you are creating, the spirit will be there in abundance. 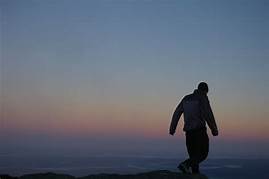