The way President Trump defined it, globalists are those who care more about the globe than the country. Nationalists care about the country. If you define it that way, it would make sense to be a nationalist. Trouble is, his definitions are not accurate.

Before I get into that, there are subtexts to the terms nationalists and globalists. Too often, the term “globalist” has been code for “Jewish globalists,” a myth that Jews have a plot to run the world through financial manipulations. This fraudulent myth was invented in Russia in 1903 designed to inflame anti-Semitic prejudice. “The Protocols of the Elders of Zion” was a hoax document that was reported to be the minutes of a late 19th century meeting where Jewish leaders conspired to subvert the morals of Gentiles by controlling the press and world economics.

The Nazis used the “Protocols” as propaganda against Jews. And neo-Nazis have adopted it as one of the reasons they are anti-Semitic. The tragedy in Pittsburg last week was the manifestation of this myth in which a white supremacist gunned down 11 innocent people, most of them elderly, to stop, he said, Jewish support of immigrants, who, in his sick mind, where coming to slaughter “his people.” It is hard for me to write about this because it so hurts my heart.

Of course the term nationalism is a loaded word. If we connect other words to the term, like “white” or “social” we get some of the most egregious evil in human history.

Beyond the historic context of the terms, let’s look at the logic. What so called “globalists” actually think is that, in modern times, the world is inextricably connected together in such a way that it is to the benefit of every country to understand the system dynamics of that fact.

If China pollutes the atmosphere, Japan, Korea, Singapore, and other neighbors breathe the air. If, collectively, all the countries of the world pollute the atmosphere, every country will be subject to the negative consequences. We live in a world together on a single planet. We ignore that fact to our own national peril.

But there is another reason to think globally, and that is what I think of as a collective creative process. Before World War Two, nationalism and isolationism made the war more possible. After the war, various countries, through the leadership of Harry Truman and George Marshall, began to work together on their collective interest, which were aligned with their national interests.

This was not something that was designed to rid countries of their unique qualities or national identity, but for enlightened self-interest. Pure self-interest will drive people to do what is in their local and narrow best interest, but often detrimental to their overall best interest.

Enlightened self-interest leads us to think about what is in our overall best interest. We pay taxes so our snow gets removed from our streets, the rubbish gets collected, and the country is protected from enemies and health threats. We’d rather not pay taxes. But if we had to pay for removing our own snow, taking care of our own trash, and protecting our safety from potential enemies, we’d have a lot of trouble pulling it all off.

But beyond protection, enlightened self-interest generates the possibility of joining together with others to create a better world for everyone. In the best expression of democracy, people become a community of creators.

The fact is we live in a world in which there are many countries. We might try to ignore that fact, or understand the great possibilities it represents in how we can work together for our collective benefit. Business is enhanced, culture expands, and civilization advances. 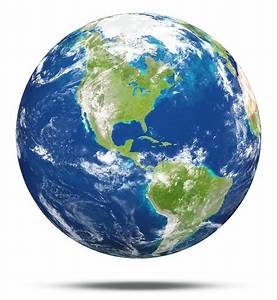