I was on my monthly video conference with a group of our Japanese students the other day, and one of them asked, “Robert, what New Year’s resolutions have you made?” “None,” was my answer. Then there was one of those golden moments where you could hear the gasps and laughs as a new thought began to settle in. I went on to explain. Most New Year’s resolutions have the subtext of “I promise to be a better person this coming year than last year.” So the resolutions are based, not on true aspirations or values, but corrections to what is seen as bad behavior.

I went on to say to the group, “I promise not to be a better person this coming year as last year!” Now that’s a resolution I can keep.

Most New Year’s resolutions that people make are forgotten by February. It’s not because they lack sincerity when they make them. It is that they have the same structural dynamics that all problem solving has. The motivation is to overcome or rid yourself of a problem.

You go to the gym a few times and the emotional conflict about being a couch potato is reduced. You begin to feel better about it all. The conflict is reduced. The motivation to continue is weakened, which leads to missing a few visits to the gym. That is followed by some guilt about not following through with what you said you would do. That creates its own sense of emotional conflict, especially if you have your identity tied up with it all.

The old pattern of breaking your promises to yourself translates to “You are a weak loser who can’t even make it to the gym to support your own health and well-being.” Well… Happy New Year!

People in this structure begin strong. They lose weight, achieve their goal, but then celebrate by gorging junk food at McDonalds. Professionals who offer lifestyle changes involving exercise or diet know that there is an explosion of interest in January, which fades by March 1.

It’s not to say that problem solving has its place. But if it becomes a way of life, you are in an orientation that can’t lead you to what you want to create in life.

One more thing. You don’t have to be a better person than you are. You are just fine, exactly as you are. You may want to create wonderful things in your life. But that’s not a matter of how you define yourself. It is a matter of creating your aspirations, which is the highest expression of the human spirit. 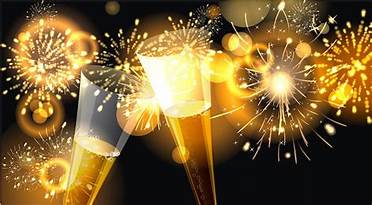