Charles Darwin thought that human beings sang before they developed language. Of course, Darwin was thinking about evolution. Which came first, the music or the words. Darwin’s answer was the music.

Steven Pinker, in his seminal book The Language Instinct, writes that language is a human instinct, wired into our brains by evolution. He argues against linguistic determinism because, if people do not have a word for something, they will invent one.

I used to believe in Linguistic Determinism, which was a very popular idea when I was a student. The idea, in a nutshell, is that the structure of language directs the thought process. Therefore, some thoughts would be unthinkable in certain languages. Some of the strongest proponents of this idea were Benjamin Lee Whorfand and Edward Sapir whose names are used in the term “The Sapir-Whorf Hypothesis” which is the theory that language forms thought. I’ve changed my mind to thought forms language. If we needed a word for something, we would simply create one, as evidenced by all the new computer related terms we now use fluently as if they always existed.

There are two intriguing ideas here.

One is that thought has as much to do with the way music works as it does with the way language itself works. The structure of music is, at its basic root, the tension-resolution system. A tension sets up a dynamic that strives to move toward a resolution. Poet Robert Frost had a notion he called sound sense – that the sound of the language communicated as much or more than the words. To prove his point to a friend, once walking in a field in England, he called over some gobbledygook to a distant farmer that sounded like “Good morning. How are you?” The farmer shouted back, “Fine, and how are you?” Frost was showing how the sound itself carried some of the meaning that communicates content.

There is the antecedent-consequential phrase, which is a form of the tension-resolution system. This is the question-answer, or statement-comment on statement phrase. How are you? Fine, thank you. I love cabbage. Really? I hate cabbage. The tension is formed by the question or statement, followed by the resolution, the answer or comment.

This same structure is at the foundation of the creative process. Tension is followed by resolution. In the form of structural tension, a vision of the desired state combined with an understanding of the current state (if there is a difference) generates a tension, which motivates action to resolve the tension by creating the desired state, ending the difference. You have created your vision.

Now the second intriguing idea is I’m happy because I sing. Let me expand the word “sing” to the word “create.” Most of our society has the impression that we will be happy once we get what we want. In the arts, there is a built in understanding that the creative process itself, brings a type of involvement in which you feel alive, even happy, often even happy when things are going in the wrong direction. Happiness is not the goal. Creating a desired outcome is. Happiness is a by-product. I’m happy BECAUSE I sing is not singing for the sake of being happy, but singing for the sake of the song, itself. 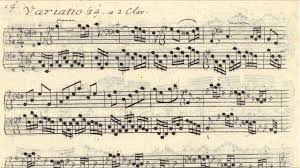