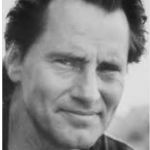 It hurts to think of Sam Shepard, gone.

The cause of his death was complications of amyotrophic lateral sclerosis, or Lou Gehrig’s disease.

One of the greatest artists of his generation, Shepard was a true original. His plays have become classics of the theater, and, along with Bob Dylan, he was worthy of winning a Nobel Prize in Literature (even though he didn’t.)

He changed theater, experimented with form and structure, went way beyond the theater of the absurd which was in fashion in the late 50s and early 60s, and created powerful, unforgettable characters. Bruce Willis said that it took him years of acting experience to finally be prepared to play a Sam Shepard role because of the emotional complexity and dramatic depth it demands.

Shepard was also powerful actor. Memorable are his roles as Chuck Yeager in the Right Stuff and as Eddie in Fool For Love based on his play and directed for film by Robert Altman. His performances were always alive with a natural feeling, emotional truth, both down to earth and charismatic. When he was on the screen, you couldn’t take your eyes off of him. He could be doing nothing it seemed, and yet, the screen was filled with drama. Of course, he wasn’t doing “nothing.“ He was filling the space with his presence and imagination.

A true great has passed. Always a sad event that seems to change the world.

Sam Shepard’s plays are performed on and off Broadway and in all the major regional American theatres. They are also widely performed and studied in Europe, particularly in Britain, Germany and France, finding both a popular and scholarly audience. A leader of the avant-garde in contemporary American theatre since his earliest work. Sam’s plays are not easy to categorize. They combine wild humor, grotesque satire, myth and a sparse, haunting language to present a subversive view of American life.

His settings are often a kind of nowhere, notionally grounded in the dusty heart of the vast American Plains; his characters are typically loners, drifters caught between a mythical past and the mechanized present; his work often concerns deeply troubled families.

Before he was thirty, Shepard had over thirty plays produced in New York. In his works Shepard has repeatedly examined the moral anomie and spiritual starvation that characterize the world of his drama.”

Sam began his career as a playwright in New York in 1964 with the Theatre Genesis production of two one-act plays, COWBOYS and THE ROCK GARDEN at St. Mark’s Church-in-the Bowery. Their lack of conventional structure and the manic language of their long monologues offend critics from uptown papers. Some find the plays derivative of Samuel Beckett and other European dramatists. But Michael Smith of THE VILLAGE VOICE hails them as “distinctly American” and “genuinely original,” and declares their author full of promise.”

By 1980, he was the most produced playwright in America after Tennessee Williams.

Over the past forty years, Sam has written over 45 plays, eleven of which have won Obie Awards. In 1979 he was awarded the Pulitzer Prize for Drama for BURIED CHILD. In 1986 he was elected to the American Academy of Arts and Letters, and in 1992 he received the Gold Medal for Drama from the Academy. He was inducted into the Theatre Hall of Fame in 1994.

“No one knows better than Sam Shepard that the true American West is gone forever, but there may be no writer alive more gifted at reinventing it out of pure literary air.”
…Frank Rich, The New York Times
“Mr. Shepard is the most deeply serious humorist of the American theatre, and a poet with no use whatsoever for the ‘poetic.’ He brings fresh news of love, here and now, in all its potency and deviousness and foolishness, and of many other matters as well.” …Edith Oliver, The New Yorker
“If plays were put in time capsules, future generations would get a sharp-toothed profile of life in the U.S. in the past decade and a half from the works of Sam Shepard.” …Time Magazine
“Sam Shepard is one of the most gifted writers ever to work on the American stage.” …Marsha Norman, Pulitzer-Award-winning author
“One of our best and most challenging playwrights… His plays are a form of exorcism: magical, sometimes surreal rituals that grapple with the demonic forces in the American landscape.” …Newsweek
“His plays are stunning in their originality, defiant and inscrutable.” ..Esquire
“Sam Shepard is phenomenal…. The best practicing American playwright.” …The New Republic