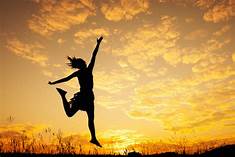 Welcome to a brave new world in which nothing is itself. A rose is a fantastic rose is a magnificent, majestic, heroic, huge, momentous, excellent, brilliant, exceptional, tremendous rose. Everything in this new world is bigger, brighter, better, or, the other side of the coin, the worst, most horrible, most awful, most evil, or nastiest thing you’ve ever seen.

The casualty of chronic glorification is the appreciation of reality as it is: real. The mind becomes desensitized to the richness of reality. A rose is a rose, and that’s simply true. But think about what a rose actually is. There is so much to a rose. If you experienced a rose as it is, it would be better than glorifying it. You would not have the habit of having to exalt the rose, because you would be clear about its virtues. As I have said many times, reality is an acquired taste. But once acquired, hard to give up.

The more we live in the orientation of the creative process, the less our tendency to glorify. This is not a value judgment, but a practical matter. You can’t make strategic adjustments if you do not have an accurate fix on reality. You can’t learn, develop, grow, and become proficient in creating those things that matter to you if you distort reality. Reality includes the good, the bad, the ugly, the beautiful and everything in-between. Best to see it exactly as it is. This skill develops through well-developed observation, not adhering to concepts, beliefs, theories, past experience, other people’s opinions, or the brave new world of glorification.