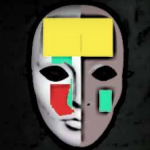 These words were written by Jackson Browne in his song Shaky Town: “Seen folks show their blacker sides…/Seen them die just for foolish pride.”

This past few weeks brought into focus just how true his words are. Some would like to think that the young man who prayed with people in a black church, only to shoot and kill them in the end, was simply the act of a deranged, mentally ill soul who didn’t know better. And, to some degree, that is true. But to describe it as that misses the more obvious and deeper understanding of the dynamics of prejudice, bigotry, and hate. There was a climate where his hatred was born, that was ripe for triggering his appetite for violence, and, even while he said that he had second thoughts because everyone was so nice to him, ignored his own humanity to destroy the people that were so nice to him. How are we to understand this?

Of course, identity is at its roots. In his case, white identity against black identity. What underlying assumptions did he make? First, that his group’s identity was senior and more important than his sense of individual self. The most basic human instinct is to survive. Yet he was willing to give up his life to support what he thought of as his group identity. Secondly, that anything that was different and not in his group was a threat to his group’s survival. This is exactly the same conviction that all terrorists share. To create such destructive acts one needs to see their victims as an existential threat that must be destroyed before it is too late. This is more than ideology. While people might argue over various ideologies, they do not die for them. But, when, for example, ideology becomes a matter of identity, then they do. So it is foolish pride they are dying for, and not their belief systems.

The killer said that he wanted to start a race war. That’s a pretty clear statement. What happened instead was something to behold, people rejected the act, the thought behind the act, the historic divisions, the politics, embraced humanity, and joined together to show that love is, indeed, a stronger force that hate.

And about the Confederate flag that was flying over public buildings in South Carolina, at first, some described the flag as representing “Southern Pride.” Let me get this straight, you want to take pride in something you didn’t do? Like every form of identity pride, people are claiming value from something others have done. So, any form of national pride, in that sense, is counterfeit. If you personally achieved a .350 batting average in baseball, or won a Pulitzer prize for journalism, or even had no cavities in your latest dental check up, well, you can take pride in that. That is very different from group pride. If you accomplished a great batting average, should all baseball players take pride in that? Should all journalists take pride that one of them reached a high level professionally? Should we all take pride that, no matter the condition of our teeth, one of us had a good check up? Of course, the thought, itself, is absurd.

In fact, historically, that flag was placed there in 1962 at the height of the civil rights movement, the symbolism had little to do with Southern Pride, but rejection of the rights of black people. And that is why, with all the talk of pride, it wasn’t put there for that reason. These are just the facts anyone could study. I suppose, in the end, anything can sound like it has a reasonable explanation. Good for South Carolina Governor Nikki Haley for having it removed from public buildings.

Group pride, unlike individual pride based on true accomplishment, says that, because you are a member of a group, somehow that, in and of itself, is worthy of honor. In fact, often those who are unsure of themselves, gravitate to group pride of one sort or another to make up for their deep insecurities.
Now, I like the gay pride movement to a degree. Once a group is oppressed, there is often the desire to counter balance the negative stereotyping that attempts to compensate for the subjugate. As people who are gay are more and more accepted in general society, it will harder and harder to take pride in your sexual orientation, something you had little to do with.

Human beings suffer the quest for identity, too often to their own detriment. And, in the extreme, sometimes some very wonderful and innocent people die. This is not explained by insanity alone but because of the tragedy of foolish pride.