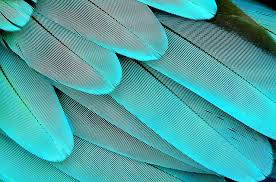 If we back up, we can see patterns fairly clearly. However, most of us are too close to see the patterns we are in. It is hard to see a pattern when you are in the pattern.

If you think about your own history, you will notice that many episodes in your life seem awfully familiar, almost as if it’s happened before. And, in fact, it has. Patterns have a beginning, a development, an ending, all typical of how things happen in your life. Sometimes, the pattern move very quickly, in a matter of days or weeks. But sometimes, a pattern can move very slowly, so slowly that it is hard to see that you are in a pattern. Perhaps one of the steps takes three years to move to the next step. The pattern has an inevitable sequence, but it is practically invisible.

In our lives and organizations, there are two basic types of patterns, oscillating and advancing. Too often, the oscillating patterns are more common than the advancing one. In this pattern, movement forward, toward what you want, has a turning point, an event that is a reversal. You no longer are able to sustain the success you wanted. You now move away from what you wanted.

Since most people think situationally, they have plenty of explanations of why things went wrong. These explanations follow the form of one event caused because of a previous event. The business failed because we were in the wrong location. The relationship failed because I was a Leo and he was a Capricorn. I didn’t get the job because they were looking for someone younger. The project didn’t last because some of the key players got transferred.

There is no doubt that these events happened as described. But, if we back up, we can see that the actual event is consistent with the types of events that always happen at that part of the story.

These types of patterns, what I have termed macrostructural patterns, may take place over short or long periods of time, but they always have the same sequence. The same way you usually get out of bed and go through your morning routine in the same order of steps, so too the patterns in your life go through the same set of steps in the same order. They are hard to see because the actual events may look very different from similar other events. If you back up, you may be able to see that, while the details are different, the type of step it is, is the same.

We can see the patterns we are in, and yet not be able to change them. When I first began to work with pattern many decades ago, I thought by knowing the pattern, people could avoid living through it yet again. But, as it turned out, even if some of the types of steps were deliberately changed by doing something that was not typical at that point in the pattern, somehow, the missing steps eventually routed back to the pattern.

If you are a coach, consultant, manager, or someone in the helping professions, your clients or colleagues will be in their own patterns. Without knowing how the underlying structure works, your best efforts will be temporary. Without a change of underlying structure, the person or organization will revert back to the same patterns you’ve been trying to help them to change. That is why training in structural dynamics is one of the most important tools in your tool box.