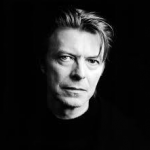 It was sad to hear of the passing of David Bowie, one of the most creative and talented artists in music and film. This blog is not a eulogy, and there are countless very good ones we can read. I wanted to talk about Bowie the artist, and how he positioned himself to become a true master of the creative process.

He began his pop career creating a zany character, Ziggy Stardust. He had said that he was essentially a writer and songwriter, and that he was hoping others would perform his songs. When they didn’t, he created a series of personas that would perform his material. The reason for using various characters was the simple fact that he felt uncomfortable performing on stage. By inventing these characters, he could be like an actor playing a role so he could better perform his own material.

What led Bowie to such clarity between himself, as creator, and his creations? His ability to separate himself from his work. This is a major principle for all artists to learn. That you are not your work. That your work is not a representation of you. That your work is an invention, and not a factor of identity.

In fact, Bowie said, “I didn’t try to identify myself or ask myself ‘Who I was?” The less questioning I did about who I was, the more comfortable I felt. So now I have absolutely no knowledge about myself and I’m extremely happy.”

Of course, as Dr. Wayne Andersen and I are working on our book Identity, David Bowie became a very good illustration of the principles we have been writing about.
Not only was Bowie a singer-song writer, but also an incredible actor. He knew how to play a role, partly because of his enormous natural gifts and creative discipline, but also because he knew the job of an actor, to play someone else, rather than to play oneself.

How sad that we have lost such a man, artist, creator, and unique human being. But we can celebrate the fact that there was a David Bowie and that he shared his art with the world.