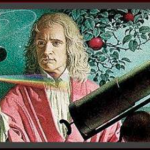 I have a sort of nostalgia for the Age of Enlightenment, also known as The Age of Reason. I can imagine the excitement that many of the greatest minds of that age had when they discovered reason, science, considered thought, and freedom of the individual, as a civilizing force. What hope for the future there must have been as a new door opened to them: which was the idea that progress moved in a straight line, and that the intellectual and artistic direction of the world could get better and better. This must have inspired the greatest faith in the development and evolution of humanity. But history doesn’t move in a straight line. In fact, it oscillates.

There is the long wave theory of history and economics. I am not doing it proper justice in this blog describing it, but, in essence, history moves in an oscillating pattern. Classical periods are followed by Romantic periods, and then back as the pendulum swings. If you back up enough, this patterns becomes pretty obvious.

From The Age of Reason back to a less reasonable age. I can’t wait for the next swing of the pendulum back to reason and enlightenment. I think we could call our current age The Age of Belief. Belief Vs. Reason. Science Vs. Religion’s dogma.

My point of view is not against religions belief itself. Nor was the Age of Enlightenment against such beliefs. Rather, it was against belief as an organizing principle for society. Freedom of the individual respects individual belief as a personal and private matter. There is no place for it in politics. Thomas Jefferson, a true son of the Age of Reason, wrote some of the most brilliant and profound works on this principle:

“Believing with you that religion is a matter which lies solely between Man & his God, that he owes account to none other for his faith or his worship, that the legitimate powers of government reach actions only, & not opinions, I contemplate with sovereign reverence that act of the whole American people which declared that their legislature should ‘make no law respecting an establishment of religion, or prohibiting the free exercise thereof,’ thus building a wall of separation between Church & State. Adhering to this expression of the supreme will of the nation in behalf of the rights of conscience, I shall see with sincere satisfaction the progress of those sentiments which tend to restore to man all his natural rights, convinced he has no natural right in opposition to his social duties.”

If only we had listened. Now, in what I am cynically calling The Age of Belief, that wisdom seems far away, a bit like how things might have seemed to people in the Dark Ages when they thought back to the more brilliant ages of Greece and Rome.

How did the Dark Ages come about? In his excellent book A History of Knowledge, Charles Van Doren describes the Dark Ages as God Obsession. The idea was that Christ would return in the year 1000, so what was the use of trying to build anything substantial? Belief was central, which, of course, led to wars, strife, injustice, and the dark side of humanity acting badly in the name of good. The star of the show was various beliefs that people were happy to die over. In those days, Islam was the most open religion, respectful of different religions.

The Christians were doctrinaire, authoritarian, and dictatorial. We had the Inquisition, which gave people a choice between adhere to the party line, or be exiled or torched. Then there was the 30-year war between Protestants and the Catholics. After all of this, the Age of Enlightenment must have seemed as if it were coming out of a long nightmare, a trance, a painting by Hieronymus Bosch showing the horrors of Purgatory.

And here we are again. The Age of Belief would love to pit one belief system against another. Sunni Vs. Shiite as the Middle East falls apart fighting it out as to who has the real Truth. Or West Vs East, as if the Crusades were on again. As I said, nothing wrong with having personal religions beliefs. But when some try to impose their beliefs on everyone, spare me from those who are “Holier than Thou.”

To get back to the idea of civilization for a moment, Jefferson was so right. Freedom of the individual is impossible when belief is imposed on any social order. For many, there is a built-in conflict between the value of freedom, on the one hand, and belief doctrines imposed on everyone, on the other.

Do we think that the leaders of the Age of Enlightenment did not have their own powerful spiritual experiences? Many of them, as it turns out, were mystics, meaning, that their foundation for their spiritual knowledge came from their direct higher experiences rather than belief, which is always secondary. That is why often the best part of any religion is found in their mystical traditions. This is why the radical Islamist terrorists hate the Sufis, who have one of the most mystical expressions of Islam.

Civilization is a human invention. It is not a natural organizing principle of nature. One day, maybe far into the future, the whole world may join together to create a new Age of Enlightenment. This age will not negate God, or personal belief, or organized religion. In fact, the richness of those thoughts, instincts, and institutions will be much stronger when they are a matter of choice rather than obligation. And, together, we can support the arts, commerce, science, exploration, and true evolution of progress, while also supporting beliefs as a personal matter.

So, just for now, I’m waiting for the pendulum to swing in the opposite direction.