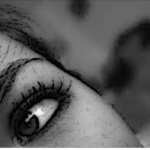 Here is a principle I wrote about in The Path of Least Resistance.  It is called conflict manipulation. I began to notice how often certain people were trying to manipulate others through heightened conflict designed to created emotional distress that would cause a reaction. I was one of the speakers on a platform with various other speakers talking about the future. One of the other speakers was against nuclear proliferation, (as we all were.)  She began to describe the impact of a nuclear bomb in the most graphic detail. She was very effective at creating a sense of impending doom, many in the audience breaking into tears, moans, and depression. They were ready to sign any petition against nuclear war.  The cause was right, but the approach was ineffective. Yes, people signed a petition. But once the emotion was over, they just got on with their lives as if it never happened.

The structure of conflict manipulation is simple. It begins with an image of something terrible, which is designed to generate a negative emotional reaction. That emotional conflict leads to action. However, the motivation for the action is to resolve the bad feelings, not create a desired outcome. More conflict leads to more action, which, ironically, works. In other words, the action itself reduces the emotional conflict, even if the situation doesn’t change or gets worse. Conflict manipulation can work short-term to get taxes paid, cars inspected, or partitions signed. But it is not sustainable and cannot work for creating long-term goals.  That’s the structural dynamics.

As Robert Frost said, “I never tried to worry anybody into intelligence.”

When I was on the faculty of the Leadership Academy for Harvard Vanguard, the largest medical provider in Massachusetts, one of the major principles we worked on was the difference between conflict manipulation and the creative process. I would always ask every cohort how many of them worked with life-style conditions. As it turned out, at least half of the doctors and nurses treated conditions that required life-style changes: diabetes, obesity, smoking, asthma. Most of them had found that the usual approaches they used didn’t work long-term. First the patient would change their destructive habit: they stopped smoking, changed their diet, lost weight, and so on.  But then they fell back into their old ways, returning to smoking, reverting back to unhealthy eating habits, and gaining their weight back. Most doctors and the medical profession generally have concluded that people cannot change their bad habits. Therefore, they have come to rely on drugs to treat medical conditions, given people can’t change.

We introduced these medical professionals to the principles of structural dynamics so they could see just WHY, with all their warnings and pictures of gloom and doom, the patient seemed not to stay on a healthy program for very long. We taught them the technique of structural tension, in which desired outcomes became the central organizing principle. The motivation to bring a healthy condition into being is in direct contrast to trying to rid the patient of an unhealthy condition. Creating health is not the same as healing disease. Most of these doctors reported dramatic changes in their patients’ ability to change their lifestyle habits once they had a true goal in mind they were working towards.

I remember once listening to a radio interview with a person who ran a worthy charity in which he said, “The public has the attention span of a gnat.”  From his fund raising point of view, he couldn’t seem to keep people in the world of the problem he was trying to solve. He didn’t know he was up against the structure he was in. At first, conflict manipulation seems to work because you get some quick action: people donate money, letters are written, people charge into action. But very soon, the heat is off, and what seemed to work no longer works. You will notice that people who use conflict manipulation over time become more and more hysterical. The same amount of threat that once worked, no longer does the job. So they increase the level of threat.  And then more, and then more. But the impact on the subject of the conflict has become more and more immune to the commotion. Have you ever seen a frustrated mother in a super market screaming at her child? “Johnny, if you don’t put that down, something bad will happen!” Of course, while everyone else in the store hears her, little Johnny has learned to ignore his mother’s hysteria. The same thing happens with managers who try to motivate their workers by threat, warnings, and conflict. At first, the claim that if they don’t do this or that, the company will go out of business gets people going. But over time, the same threat loses its punch. And like little Johnny, they begin to ignore the manager; while at the same time, he or she becomes more and more hysterical.

In reality, sometimes there are real dangers that we need to address. Put in the context of the creative process, we would position them in our overall current reality. In relationship to our vision, we would find more than just the dangers though. We would see an objective viewpoint of reality, the good, the bad, and the ugly. The idea is to see things as they actually are.  Conflict manipulation appeals to subjectivity. The creative process, using structural tension, appeals to fact-based objectivity.

In our work, one of the concepts many people have is imagined danger. Without actually evaluating reality objectively, they imagine a worse case scenario of what could go wrong. That concept leads them to a few telltale signs. The first is that they don’t trust others because most other people do not see the dangers they see. They also limit input that might show that things aren’t as bad as they imagine. They set up rules and regulations.  And they feel terribly powerless. All of these behaviors together are seen as a control strategy. The person tries to control others, but not as a power hungry dictator, but simply trying to protect everyone from the dangers they don’t seem to see.

As Paul McCartney wrote: “When you find yourself in the thick of it, help yourself to a bit of what is all around you.” See reality for what it actually is, warts and all.

Over the years, we have helped people avoid the bad habit of falling for conflict manipulation in its various forms. Long-term, no good will come of it. It is better to see reality for what it is, but not only that, have a vision for what you want to create.