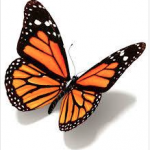 Last week at The Art of the Creative Process, our workshop for artists, one of the pieces we analyzed was Mariah Carey’s song Butterfly. It is a masterpiece of song writing and performance. The song has the general theme: If you love something, let it go, if it comes back to you, it’s yours, if it doesn’t, it was never yours to begin with. Of course, the way the idea is developed in Mariah’s song is more beautifully expressed.

Once we had worked with the song, I became curious about how she had written it. I went on line, and I was stunned with some of the history, especially the many critics who panned it and her other work throughout the years. None of the criticism makes sense to me, and I was wondering if they had heard the same song I had heard. That led me to think about the life of a critic Vs. the life of a creator. It is easy to be a critic. You don’t have to do much but give your opinion. And the term itself – critic – too often tells the story: look for something to criticize rather than appreciate.

Mariah Carey is not just a rock star. She has been one of the most influential singers in modern times. Some of the artists who have cited Carey as an influence are Beyonce, Katy Perry, Lady Gaga, Christian Aguilera, Rihanna, Leona Lewis, Justin Bieber, Pink, and there are so many others.

She has had good times and hard times in her career. In other words, she is a human being. And, she is a true artist, always bringing something new into existence no matter how it’s going. She is rich enough to never have to work another day in her life. But, now, at 46, she is working on a new album, acting in an episode of Empire, and doing an ongoing Las Vegas show. What in the artistic spirit motivates this? The desire to create, to make music, to perform, to record. Art for art’s sake.

When I was finishing my book Creating, I first heard Mariah sing Vision of Love. Right after seeing her music video, I had an appointment with my editor at Ballantine Books. I told her that I thought Mariah was the modern day Judy Garland. I couldn’t believe her virtuosity, musicality, and artistic power. Breathtaking, really.

One of her worst career moves was staring in the film Glitter. The film wasn’t as bad as the critics said, but it didn’t make use of her talent, and the story was pretty flimsy. But what followed was an onslaught of the cruelest denunciations from critics yet. (Praise for Mariah’s acting in the Lee Daniels brilliant film production of Precious was universal, proving she is a wonderful actress as well as singer.)

I think there is a dynamic going on here. Too often, society wants to topple those on top. Maybe it is a type of jealousy. If someone is talented, beautiful or handsome, is a big success, then many people want to see him or her fall off the pedestal. Maybe it is hard to admit there are special people among us. The press likes to cut them down to size, ignore their gifts, make them seem flawed, just so we can feel better about ourselves. If you look at the pattern, it runs like this: talent is discovered and celebrated, followed by pot shots, followed by ridicule, followed by marginalization. Look how the press has gone after Taylor Swift about her love life, ignoring the fact that she is one of the greatest songwriting talents of her generation.

Personally, I’d rather go through life as a fan than a critic. There is so much to love and appreciate. The greats are the greats, make no mistake.