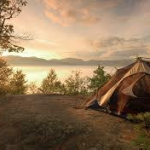 What a week. Another horrendous terror attack, innocent people lost, an attempted coup in Turkey, police killing people they didn’t need to kill, police being killed while protecting protesters who were marching against injustice, and strife around the world. On it goes. Almost too much to take. But not quite too much for those of us who care about the fate of the world. With crisis after crisis, it is easy to react to the most recent crisis without thinking. The usual reaction is a demand for action. Kill the jerks, make them go away, solve the problems. And that is ONE of the problems, problem solving. Something is wrong, then solve it. Make it right. Get rid of what is wrong.

That is why things don’t get better. There is a difference between problem-solving the troubles of the world, and creating the world we would like. While it is natural to jump to a reaction when faced with strife, it just doesn’t help, even if it feels as if we are actually doing something worth while and good. Notice, please, that the problems don’t actually go away. They transform into bigger and bigger problems. Maybe it is the approach of the problem orientation itself that is the problem.

With a problem orientation, there is no vision in sight of what we actually want. We can solve all of our problems and still not have what we want. I have come to think that human beings can be so basic and simple to the point of being suckers for a good sounding solution to a problem. Be upset and then, mindlessly, jump into reaction that, in the end, often makes matters worse than they were.

It is a matter of conflict manipulation, something the terrorist knows so well. Do something horrific, then watch as your enemies react. What is the terrorists’ basic motivation? To build a better world? No. To watch people react to the emotional conflict they have generated. Yes. Nothing good ever comes from reaction. This is not to say that dangers do not exist. They do. And some of the terrorists have used as their strategy to make it seem as if the world were as dangerous as can be, thanks to their acts of terror. It gives them a feeling of power that they don’t deserve. After all, what have they accomplished in their lives? Being destructive is not an accomplishment. It is, at best, crazy, at worst, evil.

What a world. But if we look at history, there have been many times when it was worse. World War one and two, for example. I won’t even go into the dark ages or the Roman Empire.

A society has a right to protect itself from destruction. And when that safety is threatened, it is natural to put in controls. These often take away individual freedoms. But sometimes, that’s okay. If, for example, it is better to regulate electricity so that houses do not burn to the ground, and people do not electrocute themselves, then regulate all you want as far as I’m concerned. Do what makes sense.

Just never tell me how to think, how to spend my time, what to write, or compose, or to what to dedicate my life. That is not a social matter but a personal matter.

And here we are in our history. As we become more global, there is a light side and a dark side. The light side is that we can be enriched by the cultural benefits that are usually not available to us. We can think in terms of humanity rather than localized group identity. The dark side is that now any deranged person can do a lot of damage, encouraged by people far away who have no interest in building our civilization. And a person can take a truck and, with his own suicidal impulses, create a lot of pain in people who are simply watching some nice fireworks.

We want to protest. We want to punish the injustice of it all. We want to make it right, if we can. But, we can’t. The event is over, and we can’t go back in time.

So, as for me, this week, I’m going camping. Not to get away from the world, and not to avoid anything, but to be in nature. To wake up in the woods, hearing the birds, smelling the forest, reconnecting with the most basic simplicity there is. To back up for a moment, to align with the most essential aspect of reality. To experience what Robert Frost described as “a momentary stay against confusion.” The world will still be there when I get back. And, from a greater perspective, think about what I want to create.