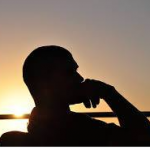 Since we teach structural thinking, our answer is a definitive YES.

For more than thirty years, we have been teaching structural thinking. In one way, it is a simple process to learn. Structural thinking has to do with understanding structural relationship, how elements combine in a structure to give rise to consistent patterns of behavior. For example, hunger gives rise to the behavior of eating. What causes hunger is the contrast or difference between the actual amount of food in the body and the amount of food the body desires. The difference creates a tension, and tensions seek resolution. When you eat, you resolve the tension of the difference between the desired state and the actual state. The desired state and the actual state are now equal to each other.

The tension we are talking about is not a metaphor. Rather it is dynamic; a force in play both in the physical and non-physical world. For example, a jet airliner is able to fly because of something called the Bernoulli effect. This is when there is a difference between the air pressure on one side of the wing and the other side of the wing. To resolve the tension, the airplane is lifted up into the air.

Back to thinking. Most people do not think structurally. They think situationally. We have learned to react or respond to the situations we find ourselves in. We have little understanding of what causes these situations because of our usual explanation of how and why things turn out the way they do. This is called “event causes event” thinking. Why did you do that? because of what happened before that. Why did that happen? Because of the situation that came before that one. And back and back it goes.

Some people see the overall patterns that these situations cause, and that is a step forward. But while that is a better vantage point with which to view reality, we don’t have a clue about cause and effect from a structural point of view.

It is critical to know that tension will always seek resolution. This is because of physics, the principle being that structure seeks equilibrium. Whenever there is a state of “non-equilibrium,” the dynamic within that structure will change and move until equilibrium is established. But not all structures are able to accomplish equilibrium.

For example, if you are hungry the tendency of behavior is to eat. This is a simple tension-resolution system. Sometimes, the structure is more complex. There are two competing tension-resolution systems that create an oscillating pattern. You are hungry, so you eat. But, let’s say you are overweight, and another tension is formed by the difference between your desired and actual weight.

Here is how that structure works:

You are hungry, so you eat. But then you become overweight, go on a diet and eat less then your body desires. Once that tension is resolved and you lose the weight, you begin to eat again, and gain the weight back. There is more to this structural dynamic, but this example should illustrate the point. Sometimes, in this structure, it is easier to eat, and sometimes it is easier to diet. In fact, more than 80% of people who go on diets end up weighing more AFTER the diet than they did before they went on the diet.

Most people who have such patterns think they are weak-willed or have a character flaw. But what is going on is that they are up against an oscillating pattern caused by an oscillating structure. Like a rocking chair, movement in one direction induces movement in the other direction.

If you think situationally, you will never understand the structural dynamic in play. You are left with speculative theories, some about your relationship with your parents, some about how you think you don’t deserve love and so you keep love interests away by adding on the pounds, some about your birth trauma (if you happen to have had one.)

Your mind likes to resolve tension ASAP. Any question will demand an answer. However, your mind is a sucker for any pretty answer that comes along. It doesn’t matter if it is true or false. Any old speculation will do the job. And that lack of rigor, precision, accuracy, and quest for the truth will provide a sense of easy resolution for your mind’s bad habit.

There is a group of prefabricated answers that people carry around with them at all times. These are their concepts and beliefs. Think of concepts and beliefs as your personal thesaurus of answers designed for the mind to quickly and synthetically resolve unanswered questions, mysteries, puzzles, or any other types of tensions it experiences. Remember, tension always seeks resolution, and your concepts and beliefs can be plugged in at a moment’s notice to do the job. This doesn’t mean you have the right answer, but structurally, any answer will make you feel better, and give you the impression that you actually know something. The so-called “Ah-ha” experience is usually people thinking they have THE answer. Trouble is, THE answer is almost always consistent with their preconceived concepts and beliefs. Another way of describing the “Ah-ha” experience is that you “discover” what you thought was true, was true after all. Well, not usually actually true, but it sure feels that way.

Substituting one set of concepts with another does not change how people think one bit. That’s just a new database with which to compare reality. While new conclusions may be reached, the process of “thinking” is still a matter of comparison. People free associate, bias their viewpoints, insist that they are right, fight with each other about it, all the while trapped in a thought process that is incapable of new, accurate and original thought.

Structural thinking is a very special realm. Very few traditions demand it, so very few have it built into the thought process. The traditions that do require structural thinking are music, architecture, screenwriting, mathematics, and some forms of engineering. Yet, even if you were raised in those traditions, you seldom think structurally, except when addressing those specific areas.

Thinking is one of THE most critical abilities you have. It is the major factor in how you make decisions. Your decisions will determine most of your life’s path. And yet, most people make their most important decisions without knowing and understanding the structural forces in play that will make the difference between success and failure.

Since we all think, we assume we know how. That is a faulty assumption. Know there is something to know that you have not learned in your education. Know that your mind, without proper guidance and discipline, will run wild with theories, conjecture, speculation, and walks down memory lane of past experience. Your mind is filled with clutter, so naturally clarity is a rare commodity.