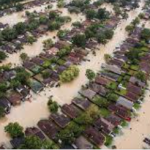 David Mamet, in his book On Directing Film, describes modern architecture that was in vogue in the 60’s, with its flat roofs, being put all over New England. After a few years, these houses began to have major problems because they were not designed to handle the weight of the snow. Most of those houses are gone now because the designs didn’t take into consideration how nature worked.

Why is Mamet, the great director, playwright, screenwriter, and artist talking about houses? His point was about structure. He went on to say how the old New England builders understood weather, and structured their houses with the right pitch of the roofs so that snow will fall off them. He then went on to make the same point about the structure of film, and how it must understand the forces in play to make it workable.

Here in Vermont, where we live, there are people who know how water flows, and just where to build a house and just where to put ditches to route the flows of water from storms away from the house. Without this knowledge, you will end up with water in your cellar or worse.

So now we come to the tragedy in Houston. Without a sense of how land and weather work, entire towns and cities, factories and refineries, were build in places that were below the flood levels. Of course, our hearts go out to the millions of people who will suffer, some of whom have lost their lives, because of a terrible hurricane. You may think that this was something that couldn’t have been anticipated, but in the 1930’s, a similar hurricane hit that area with similar devastation. Then, however, the land was not built up. There was some damage but not the type we see today.

It can sound almost childish to ask why build buildings in places where they are subject to danger? In New Orleans, there had been wetlands to accommodate for the amount of water they would get from a hurricane, but someone had the idea of paving over the wetlands. A similar mentality drove Texas to rid the state of regulations designed to protect the population from exactly this type of event.

Those who want to rid the world of government, are against regulations as if they were somehow the enemies of freedom. These people put their societies in danger. Of course, we can talk about over regulation, etc. But that misses the point. To generalize about all regulations is ridiculous. A society has a right to protect itself. And without some guidelines and controls, short-term exploitive gain will lead to long-term harm. The folks that build the houses that flooded are long gone, but they made their money. They will not be held responsible for the outcome. Nor will the state of Texas when they changed the laws to permit such development.

The promise to restore the towns and cities that have been destroyed seems impractical at best, and inane at worst. Why restore something that was built in the wrong place to begin with? This is a lesson that will not be learned.

In our work is structural dynamics; we understand that the underlying structure of anything will determine its behavior. In our work, we have seen that self-organizing systems, much glorified a few years ago in some management circles, always lead to structural conflicts in which elements are pitted against other elements. This leads to an oscillating pattern of short-term Vs long term, a competition for the same resource base, and a drift to low performance. The glorification of the “free market” is such a self-organizing system. The market will not take care of itself when left to its own devices. In the case of Texas, many of the policy makers thought that great good would come from freeing up regulations and letting the marketplace do its thing. Well, it did its thing.

This is not a slam against free enterprise, which is a great system when proper and sensible controls assure its overall positive benefits and avoid its potentially destructive dangers.

As David Mamet teaches in On Directing Film, there are some structures that are better than others, and it is with folly that nature is not taken into consideration.