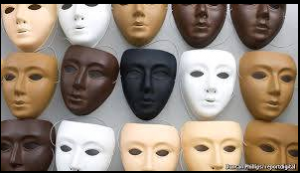 Since Dr. Wayne Andersen and I are writing a book on identity, I’ve become more aware of how people present themselves on Facebook. What is interesting is that it makes no difference what part of the world anyone is in, they all have something in common, and that is, most of them want to be Rock Stars! This is what Paul Simon calls their “photo op.” You can see a European face, an African Face, a Chinese Face, a Latin face, an American face, a South American face, a Middle Eastern face and you will see something wonderful about human nature. People love to present themselves with a degree of glamour or drama or theater or that old time Rock and Roll.

Of course, most of these folks know they are putting on a show. But it’s a good show. Too often, we think in terms of cultural differences. But beyond unique culture, and a million miles from politics, there is the universal human instinct to stand out, even if that’s not actually reflective of your true life. Every culture has the arts because the creative process and love of art is universal. We can groove on the unique aspects of various music even if we are not part of that culture. In fact, the discovery of a new and different style of music can enchant and enrich the world, as it did when Reggae became a world sensation. And after that, more and more styles and types became the globalization of culture.

And speaking of Paul Simon, his great album Graceland fused America Rock with music from South African township music. When I was in China a few years ago, I was amazed with Chinese Rock Videos that played on public TV, and the kids, with their punky hair and serious looks, were perfectly mainstream rock central. Indian music and music videos are a complete mystery to me, but one that always makes me smile, and I so admire their talents and filmmaking skills. And on it goes as musicians hear each other and like what they hear. Year ago, people talked about the “global community,” which, then, didn’t mean too much. Now there actually is a global community thanks to technology and people’s innate desire to be in touch with each other, to learn from each other, to share the best of culture from around the planet, to become part of each other’s lives.

The world of Facebook is a kind of funny part of the universe. A slice of humanity that cuts through differences and reveals the most beautiful deeper truth that human beings are often kind of cute.