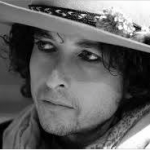 When journalists write about music or pop culture, they are generally so unbelievably shallow it is more than annoying. And nothing proved that more than the announcement this week that Bob Dylan had won the Nobel Prize in Literature. They have no idea why he has won. They talk about things that don’t matter, missing everything that does matter.

Even some “serious” writers were critical. Once, reading something by a mystery writer talking shop, he said: “about ‘serious writers,’ “do they think the rest of us are just kidding?” Personally, I am both thrilled that he won, and thrilled for the recognition of the Nobel committee that literature has more avenues of expression than prose and poetry. And while many will see the prize to Dylan as if he is a poet, he works in a different medium, the song form.

Of course, winning the prize in literature is about words. But in the song form, the words are married to music. There is a vastly different way words work with music than alone. That is why it is hard to set the best poetry to music. A great poem defies the limitation of music because it takes something that can be understood a hundred ways and confines it into one single modality. It is what Stravinsky said about music, that music is too specific, that it is exactly what it is, and, because of that it is hard to write about. He said that writing about music was like dancing about architecture. Take a great poem and put music to it is like being able to see 3 dimensional sculpture from only one angle.

So, here is the song form, its own art form that is also a form of literature. And why is Dylan so great that he deserves the highest prize in the world for it? Because, through this form, through his words and music, he was able to reach something truly original.

Now, detractors will point to how Woody Guthrie influenced him. And that is true. But Dylan did something beyond Guthrie, which doesn’t take anything away from Guthrie. Everyone is influenced by those who come before. Sometimes the influence is to further develop what they had done the way that Beethoven further developed the classic style of Mozart. Sometimes it is to go in the opposite direction of what has preceded the trends the way Pop Art went in the opposite direction of Abstract Expressionism.

Dylan’s originality is not only in the way he moved the song from a strict form to something that could go anywhere, but how he captured irony and truth in such few words. Before Dylan, most Rock songs were about going out with your boy/girl friend, or the latest dance craze, or breaking up.

Dylan’s ability to see through pretense was disarming and raw. It had something the arts always strive for: emotional truth. It seemed as if he was creating little dramas, poetic moments, seeing everything there was to see, without filters, without an editorial position. This is something the greatest art can do better than any philosophy there ever was. And when the journalists tried to make him a political leader, or the leader of a generation, he said, “I like to think of myself as a song and dance man.”

Of course, he was the most influential songwriter in his generation. Artists from the Beatles to Joni Mitchell to Paul Simon to… well all of them… took their lessons at Dylan’s feet. For many of them, he opened up a new world they didn’t know was available to them. For them, the world moved from black and white to color.

For me, I often find the type of truth in rock songs more authentic and real than in any other form of expression. And Dylan was everyone’s father of that.

His body of work is too enormous to say anything useful about in this little blog. But it is there to listen to forever. Bravo, Bob! Bravo!