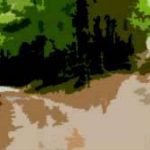 The most direct access into your life is through the choices you make. We could divide these choices into two major types. There are the big, life changing choices – to get married, move to a new city, change careers, have a baby, go to school – and then there are the small choices – to eat the cookie, to exercise, to call your mom, to watch the football game. The big choices are fairly obvious as an important dimension in your life.

The smaller choices are not so visible, and yet, in many ways, they are as critical to your life as the big ones.

Notice how you make choices. For many people, it is their short-term appetites and impulses that guide their decisions. Because they are in that frame, they cannot see nor understand the longer-term consequences of these choices. To have a Big Mac once in a great while does not harm you, as my friend and colleague Dr. Wayne Andersen tells us. However, it is rare that people who indulge in Big Macs can only stop at 1. Instead, not unlike an addict, they have them 3 or 4 times a week. If you’ve ever seen the award-winning documentary Super Size Me, you know the ravages of such a diet. A healthy young man decides to film himself eating every meal at McDonald’s. He has a physical before the test. Within a few short months, he has high blood pressure, has gain a significant amount of weight, has bouts with depression, and is less able to think or function. The doctors were amazed at his decline.

For the advertising agencies that support McDonald’s, they understand the ways people make choices. In one ad, there is a picture of a Big Mac, fries, and a sugary soft drink. The caption is, “You can’t resist.” In another ad, the announcer says that a McDonald’s meal triggers your “pleasure center.” No doubt that it does, same as cocaine and heroin.

Your pleasure centers, caused by the secretion of endorphins which leads to feelings of euphoria, are additive. Psychiatrist William Glasser, who developed Reality Therapy, studied the impact of endorphins on human behavior, and concluded that people could actually get addicted to themselves. In his ground breaking book Positive Addiction he saw that when one moved from a negative addiction – alcohol and drugs – to what he called a positive addiction – running, meditating – the same endorphins were released. The addiction part came from similar symptoms when the person stopped running or meditating. A kind of cold turkey withdrawal with all the pain and cravings one might have when they are trying to give up drugs.

So, short-term appetites and impulses often are more than just wanting a Big Mac on occasion.

There is a force in play that is driving the action, motivating the desire, and giving a false impression of what you might really want. You can’t build your life on such choices. Perhaps a better questions is this: are these types of reactive cravings actually choices? Most addicts are not addicts by choice, but by lack of choice.

If we were to look at how a person becomes the creative master of his or her own life, we would see them having more and more of true choices available. When we were children, there were few choices that were within our realm of decision-making. As we became adults, more choices became available. Often people have choices that they don’t know they have. They are so infused with concepts and obligations, with issues of identity and fear, of feeling that they are not free to live lives of their own, that they feel a profound lack of choice. Words that commonly describe this experience are stuck, lost, depressed, in a rut. All of this usually leads to a mid-life crisis. The crisis comes from the feeling that you don’t have a lot of choice in your life, that all you can do is follow your patterns and routines, and try to stay out of too much trouble.

After years of this, the human spirit wants to rebel. Of course it does. Too often, the rebellion is unduly destructive, as most revolutions are. There are better ways to accomplish an escape from limitation, and that is the nature of strategic choices that have the ability to lead to the life you want to live, not the one you have created by default. Here, the choices are not based on impulses or vague ideals, but aspirations and values. What you want to create becomes the focal point of your creative process. The major goals are primary choices, and what it takes to accomplish those goals are a series of secondary choices that supports the primary goals. This relationship is the essence of true discipline. Not a trade off, but taking strategic actions, things that you may not want to do and wouldn’t do if it were not for the primary choice, but purely motivated to support the primary choice.

But not all things are as they seem. As I have described in my book Your Life As Art, there are structural patterns in play that are not easy to see and hard to understand. In fact, I describe two distinct types of behaviors in patterns, oscillating and advancing.

In the oscillating pattern, it looks like you are going in the direction you want to go, and even have success for a while. But in this pattern, success is not sustainable, and soon, there will be a reversal of fortunes, and you will lose what you had.

Everyone has a version of this pattern. Most people do not know it is in play in their lives. So, from within the pattern, they can make the wrong conclusions about themselves. They might think they are losers, or cursed, or screw-ups, or failures. The thing is, the structural pattern is not personal to them. If we took them out and put someone else in, the new person would act exactly like the old person.

When we talk about a change of underlying structure, this is what we mean. If you had an oscillating pattern as your M.O., and you changed the underlying structure from that structure to one that has the ability to advance, your life patterns would change from oscillating, in which success was not sustainable, to one in which success is not only sustainable, but is the platform for future success.

Of course, all of my books are about this in one way or another. Structural dynamics is one of the most useful and insightful disciplines there is, especially in regards to creating your own life. In an oscillating structure, your choices are less about what you truly want, and more about reacting and responding to the circumstance in your life. Another way of saying this is, what seems like choices are not really true choices. This reinforces the experience of powerlessness, and exacerbates the conflict between structural limitation and the desire of the human spirit to soar.

The above article can open a useful area of investigation, but cannot, itself, lead to the type of transformation that is possible. For that, we have created a special workshop called CHOICES. This happens only once a year here in Vermont, and is lead by my wife and colleague, Rosalind Fritz. See below!

CHOICES
This is a transformational workshop in which you have the possibility of starting your life anew, with new energy, freshness, clarity, and firm grounding for the future. What could be more vital and important than the strategic choices you make from now on?
Rosalind Fritz is CEO of Robert Fritz, Inc, and she leads the two-year structural consulting certification program. She has taught structural consulting over 25 years, and is a master structural consultant. So join Rosalind for this exciting and life-changing workshop.

Pricing:
The price is $650 USD per person including lunch
Please contact seminars@robertfritz.com, or call 802-365-7286 for more information and/or to register for this program